Earlier today, The Foundation was honored to host the 2nd Annual Veteran's flag football game with the Wounded Warriors Ability Ranch in celebration of Veteran’s Day. Mike served as "all-time QB" for the game (but somehow ended up playing fullback at times). After the game concluded, all participants were treated to lunch after pictures and autographs.

The WWAR will be built as a place for Veterans to get out and get active through various recreational activities in a safe and reflective environment. It was founded in 2013 by Wounded Warrior Mike Delancey, a Pinellas Park resident who himself was critically injured in a sniper attack during military combat in Iraq and has confronted his own life changing injuries. 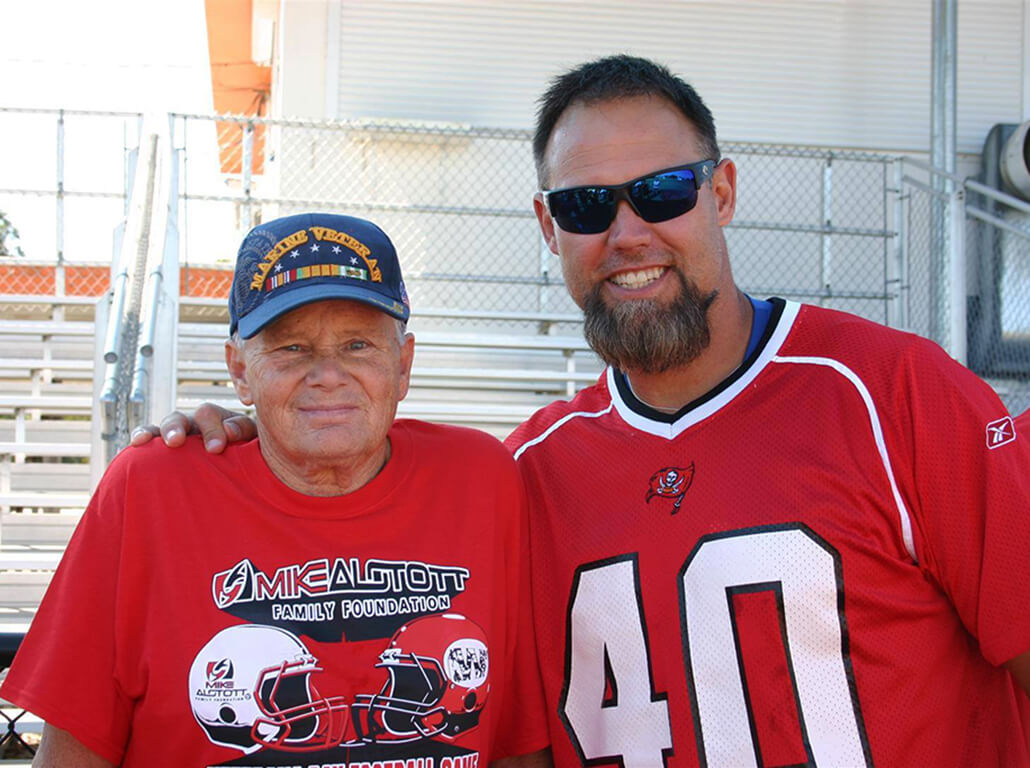 View pictures from this event